I have a digital ocean machine that runs a lonely server on it. This server is just a hobby project so I can afford it to go down every now and then. Nevertheless I want to minimize the time it goes down and be able to identify the cause when it happens.

My initial effort in this direction will be to setup some monitoring on the machine that runs my server. More specifically, I want to see the memory, network, disk, and CPU utilization of the machine graphed over time. This doesn’t solve all my problems but is a first step into getting more insight into what is happening in my server’s environment.

Graphite is a highly scalable real-time graphing system. As a user, you write an application that collects numeric time-series data that you are interested in graphing, and send it to Graphite’s processing backend, carbon, which stores the data in Graphite’s specialized database. The data can then be visualized through graphite’s web interfaces.

From this description we can see 4 components that we need to be able to create the graphs we want. Here is what each of the components does:

Before we start installing these tools, lets understand a little more about what they do.

Whisper is the Database behind Graphite. It was built with the use-case of graphing time-series data in mind so it provides special functionality for this scenario.

The other important aspect is that it is a fixed-size database. What this means for us is that the databases we need will be created upfront and they will be the same size all over their lifetime. In the previous example I mentioned that I wanted to store one data point per second for one week. Because there are 604800 seconds in one week, a database capable of storing 604800 entries will be created upfront. I also want to store 1 data point every 10 seconds and that would take 259200 entries. The database files are always the same size and work as a circular buffer to make reads faster.

Carbon is a backend that will listen for data sent by other services. Its main task is to pass this data to Whisper as efficiently as possible.

The way it works is by listening for data in a variety of ways and then caching it in memory. This caching reliefs the system from constant disk writes so reads can be done more efficiently. After a certain threshold, Carbon will flush all the data from its cache to Whisper for long term storage and start over.

To make the installation easier to reproduce in the future (in case I want to setup more Graphite servers), I decided to use Docker. There is already a very popular Image for Graphite so I’m not going to attempt to create one from scratch. This image mentions Statsd, but I’m not going to talk about it in this post so you can just ignore it (I will cover it in another post). I will also assume you already have docker installed.

To start graphite from this image, use this command:

We have now a semi-working Graphite installation. You can see it by hitting the correct URL in the browser, for example: http://my.remote.server 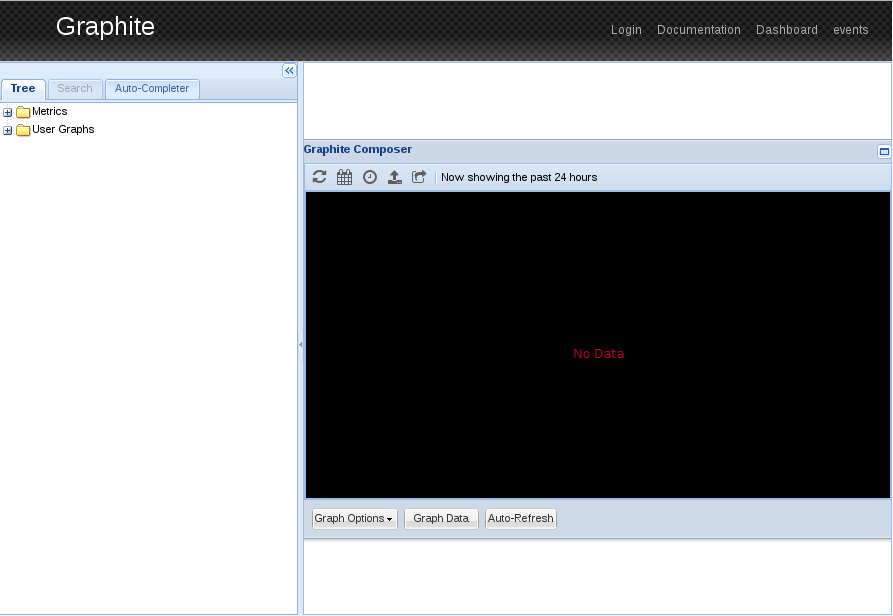 And we can send some data to test that it is working (I’m using the GNU version of netcat for testing):

After a few requests we can see something going on 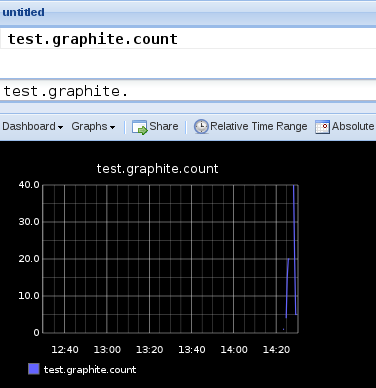 We got a very simple Graphite installed and tested very quickly. This is probably not a good configuration for production, but it is a good first step. The last thing we need to do is get Collectd up and running in the machine we want to monitor.

Collectd is a Daemon that gathers statistics about the system where it is running and saves them to files or sends them to a server (In our case to Carbon). You can install it with this command in the server you want to monitor:

Next, you might want to set a hostname for that server. Edit /etc/collectd/collectd.conf and set the Hostname:

Now we need to tell Collectd what metrics to collect and where to send them. This is configured via plugins. You can open /etc/collectd/collectd.conf and look for the LoadPlugin section. I am particularly interested in these plugins:

So I will comment all the others. Most of our plugins will work out of the box, but we need to configure write_graphite so it knows where to write. This should be added to collectd.conf:

Restart Collectd and wait a few seconds. You should start seeing data in Graphite: 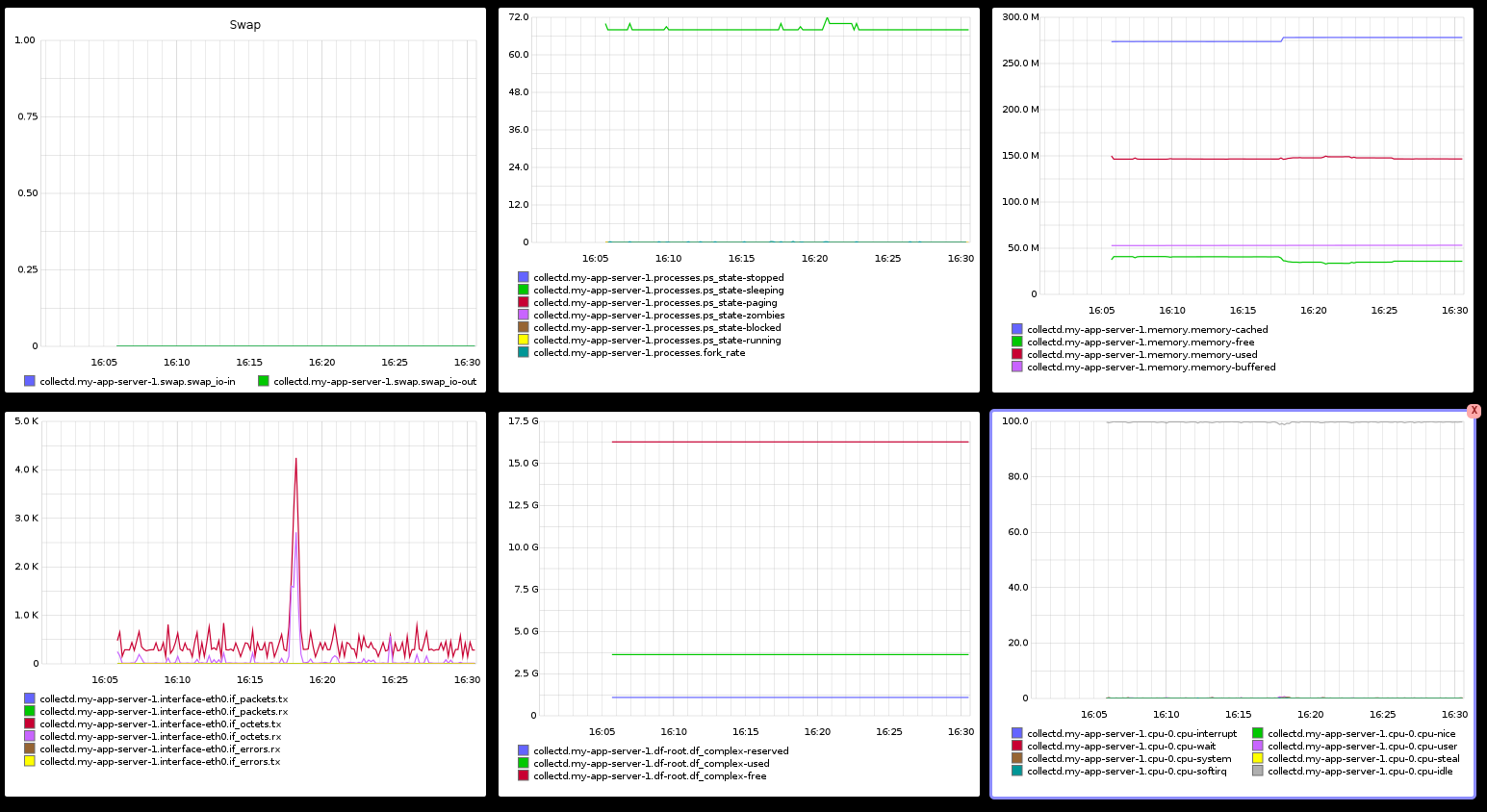 There is still a lot of work to do before this is production ready, but now we have a way of monitoring the state of our server.

Playing with Kubernetes locally with Minikube

Getting Rails to run in an Alpine container