Jaeger is an Open Source tracing framework written in Golang. Jaeger is compatible with OpenTracing which is an open source standard that specifies how tracing data should be formed.

Tracing is concept that became popular with the rise of microservices (Service Oriented Architecture). When we work with microservices, the number of requests going through our internal network increases very quickly. To do its job a service might have to call a lot of services and some of those services might need to call other services.

When we make so many network requests it’s sometimes hard to understand where a failure is coming from. Tracing keeps track of the dependencies between different services and allows us to visualize it in a easy to understand manner.

In a production environemnt it’s probably best to run all components separately. For learning purposes there is a Docker image we can use to start all components in one go:

Publishing to Jaeger is stlightly different depending on which SDK / Programming laguage we are using. This is an example of how to publish spans using Python:

The example above publishes 4 spans:

We can see the relationships between these spans and the time it took for them to execute in the Jaeger UI at http://localhost:16686/. We can search for the traces for my-service: 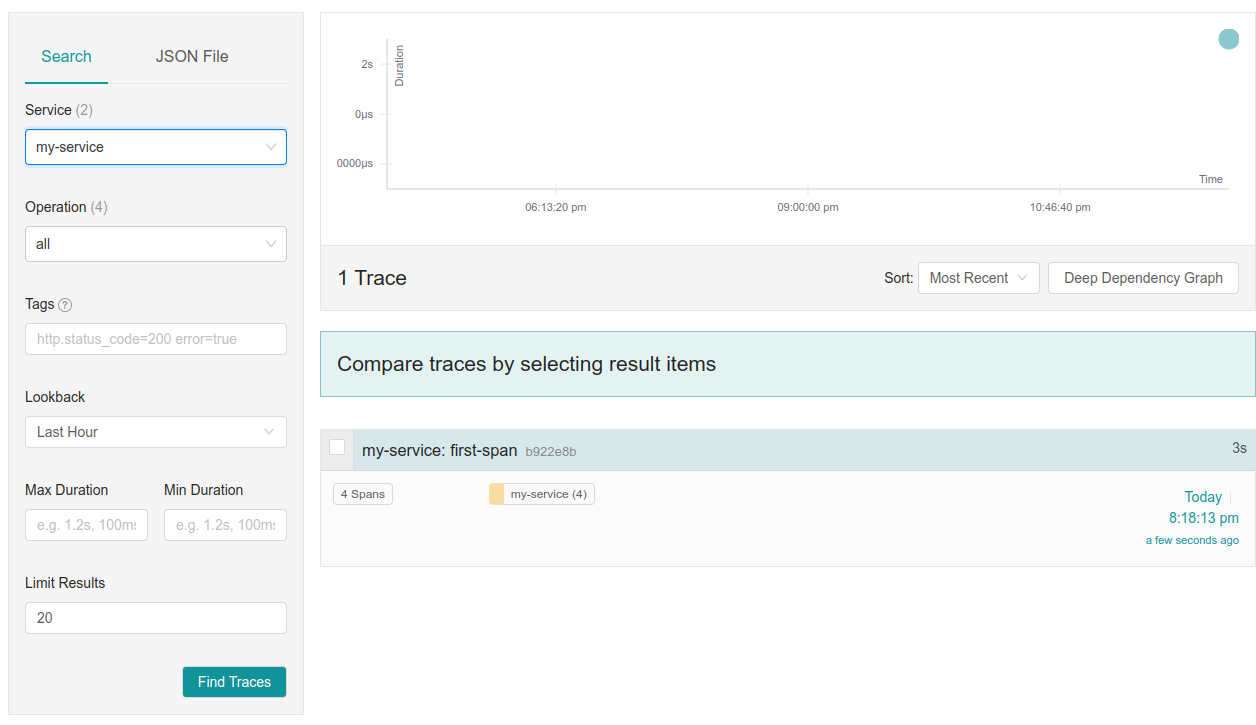 The UI allows us to see the which spans are children of other spans and which ones executed in parallel.

In this article we learned how to run Jaeger, use the Python SDK to publish some spans and how to visualize those spans in the UI.

Tracing becomes more interesting when spans are created and augmented from different services.

We can find the complete runnable example in Introduction to Jaeger Tracing.